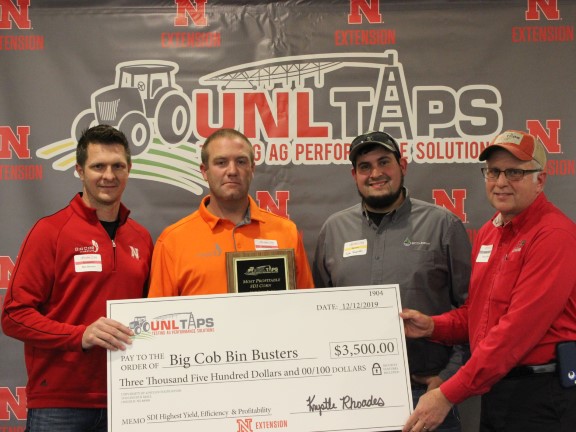 The UNL-TAPS program is an interactive farm management competition that brings together scientists, producers, industry professionals, students and more to promote efficiency and profitability. The competition, developed by the University of Nebraska research and extension specialists and educators, just completed its third year, and is preparing to begin its fourth in 2020. Rather than a typical learning environment, participants interact in the real-life farm management competitions administered in North Platte at the West Central Research, Extension and Education Center.

In 2019, the competition included pivot irrigated corn and sorghum, and expanded to include a subsurface drip irrigated (SDI) corn competition. The sprinkler corn contest had 24 teams participate, the sprinkler sorghum had 10 teams, and the SDI competition included 16 teams – with participants from Nebraska, Kansas, Colorado and Missouri. The third year of the program included both new and returning producer teams, as well as non-producer teams that consisted of government entities, NRD employees, and college students among others.

Becker, a grower and Big Cob seed representative from Beaver City, was told about the competition by a friend who had competed in the past and approached Rempel, Ladman and Benson to form the team. During the competition, each team was randomly assigned a set of three experiment sized plots, totaling about one half of an acre. The yields and costs from each “farm” are amplified to represent 3,000 harvested acres for the corn
competitions and 1,000 harvested acres for the sorghum competition, which is more representative of a modern farm size. Participants have control over six parameters: hybrid selection, seeding rate, irrigation, nitrogen, crop insurance, and grain marketing.

“Josh [Becker] and I called on the extensive corn product knowledge of one of the most experienced corn breeders in the industry–my father, Dr. David Benson–to select 15-H64,” explains Ben Benson, team member and president of Big Cob Hybrids. “North Platte is a unique environment – you’ve got a higher elevation and different soil types to consider – so we looked at the performance of 15-H64 over a multi-year period. It’s a little fuller-seasoned for that geography, but it dries very well. I think we captured more bushels by having a fuller-season hybrid.”

Ladman, director of sales at Big Cob Hybrids, notes the team’s marketing strategy involved establishing a price point they thought was possible given the planting conditions across the US and then selling large quantities. “The number one mistake most farmers make is not selling large enough quantities when prices rise above their break evens.” Ladman said. “We felt that if we were going to be in the running for most profitable, we were going to have to sell larger quantities. We were fortunate to hit our targets in June and that is when we unloaded a majority of our estimated production.”

The 2019 competition concluded in December with the awards banquet where the results were presented for the top “farms” in three categories including greatest grain yield, highest input use efficiency, and the highest award of most profitable farm.

“When they announced that the Big Cob Bin Buster team swept all three SDI categories at the banquet, I was grinning ear-to-ear,” said Benson. “This award proves that, while we are a small independent seed company, through our partnerships and licensing we have access to world-class genetics that preform regionally better than our competitors. Combine placing the right hybrids on the right acres with the opportunity to work with a team of growers like Josh and Jonathan and realize success at harvest is what Big Cob is all about.”

Becker said he was “humbled” by the awards they won especially not knowing exactly what to expect as a first-year competitor. “Just learning and seeing how each and every decision you make farming can affect your profitability was really neat,” he said. “I am looking forward to competing in 2020 and am also interested to see if I can improve yields on my own farm based on what we learned from our TAPS plot.” 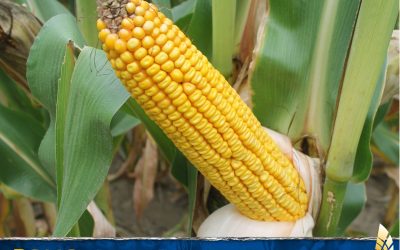 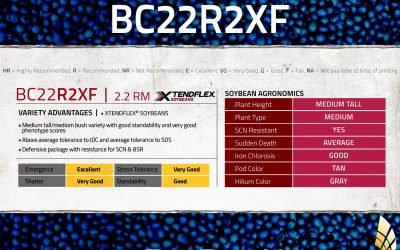 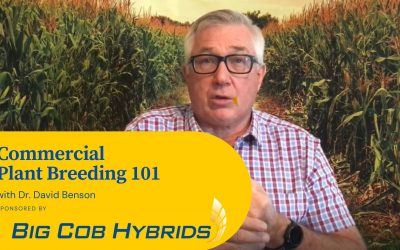 Does WHERE & HOW Seeds are Produced Matter?

With it's rare combination of high-end yield as well as an outstanding agronomic package, B6143 comes with the Smart Stax trait package to fight off rootworm when following continuous corn.   Hybrid Advantages: Great agronomics with excellent late season...

You can't win the lottery without lucky number 22!   BC22RzXF is your winning ticket for long season yield in a short maturity soybean.   Variety Advantages: Medium-Tall/Medium-Bush variety with good standability and very good phenotype scores Above average...